Tickets are now available for the BAFTA Preview of ITV’s The Great Fire on Tuesday 14 October.

Join us for a preview of ITV’s new four-part drama starring Andrew Buchan (Broadchurch, Garrow’s Law) as the humble baker Thomas Farriner. Inspired by the historical events of 1666 and with the decadent backdrop of King Charles II’s court, The Great Fire focuses on the circumstances which led to the catastrophic fire and will follow Thomas’ fabled involvement in it from his bakery in Pudding Lane.
Also starring Jack Huston (Parade’s End) as King Charles II and Daniel Mays (Mrs Biggs) as Diarist Samuel Pepys. The drama unfolds over four consecutive days as the fire indiscriminately takes hold of the city and the people desperately attempt to overcome the flames capturing the most prosperous city of its age as fire rages and engulfs dwellings and businesses like the bakery on Pudding Lane. Terrified and bewildered, the people are thrown into chaos, and with each day they become increasingly desperate to seek safety away from the city.
Tom Bradby (Shadow Dancer – film/novel, Blood Money, The God of Chaos – novels) writes the first three episodes whilst episode four is co-written by Tom Bradby, Chris Hurford (Doc Martin, Ashes to Ashes) and Tom Butterworth (Doc Martin, Ashes to Ashes).
With thanks to ITV. 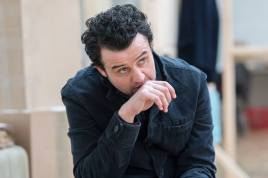